When Doug Olds made the decision to lose weight he began a journey that has has been life changing. Swimming was the best choice of exercise as it took the stress off his joints, so Doug became a regular at the pool and had some initial success. But he soon realised that he needed a different approach if he was going to succeed long term.

Describing himself has “the biggest skeptic ” Doug was a little unsure if the MiracuLoss weight loss programme would be right for him, but after learning more about it, he decided to give it a go. Here’s what Doug has to say about his journey.

END_OF_DOCUMENT_TOKEN_TO_BE_REPLACED 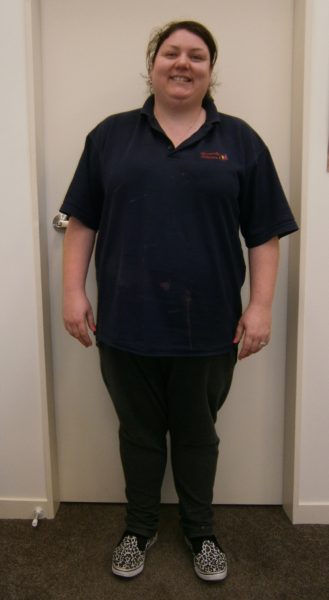 After 12 weeks of weight loss Vicky has lost an amazing 34 kilos! She described the process as surprisingly easy, “Seeing the results each day on the scales was what really motivated me, I’ve done other weight loss programmes and you don’t get the same daily results, this was entirely different!” Vicky is enjoying her new weight, she is now blown away by all the complements she receives by friends and family. For anyone out there who would like to loss weight in 2016, Vicky says “I’d encourage everyone to do this! It’s entirely worth it, it’s just life changing!” 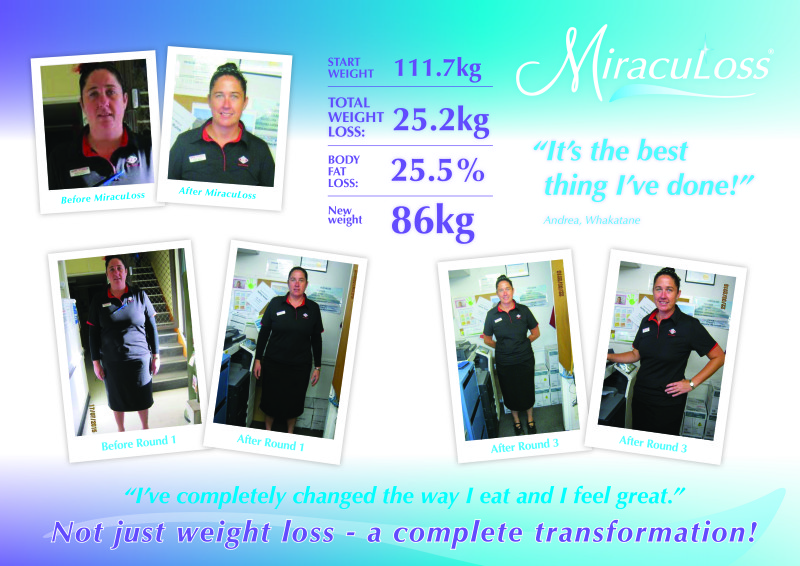 We posted a story about her weight loss success not so long ago and we are pleased to report that she has lost an additional 11.2 kilos through another round of the Miraculoss programme! Andrea is a distance client, which means she has completed the Miraculoss programme remotely, with daily online support from her coach. Our team here couldn’t be more proud of Andrea, watching her reach her goals is what it‘s all about! Wherever you are currently located Miraculoss can help you to reach your goal weight. 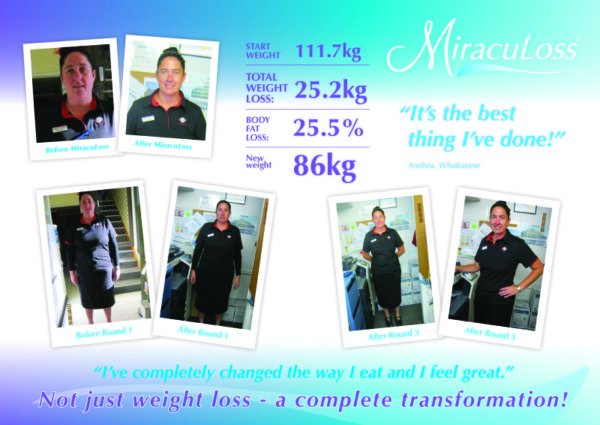 Send us an Email

Sign up to receive our health and weight loss tips.